After a couple of failed attempts with another designer the clients came across our practice and and asked us to put together the design for an extension to their Grade II Listed home.

The house occupies a corner plot within the Calthorpe Estate and was constructed in 1853, recorded under the Historic England Listing Entry as an Italianate 2 storey stucco villa. Given its listed status and general prominence within the estate, the building is regarded as locally important and rightfully so, the authority planning and conservation team and Calthorpe Estate itself were extremely conscious of approving a design which was sympathetic to the original building.

The client’s brief was primarily to create a new kitchen, linking-in to the living spaces of the existing house and also to the gardens. The consensus was to create a modern light filled space, whilst still maintaining the historic feel of the house.

Through our early meetings and discussions is became clear that an ideal solution would be to extend into the currently open courtyard on the west wing of the house. We also agreed that we should create the new work with as minimal intervention as possible and therefore we developed the concept of only linking to the building and courtyard perimeters with glass and this created a ribbon of glass running around the perimeter of the roof with a central solid zinc roof and this appears like it is floating.

We formed a limited number of new openings and introduced large pivot doors to link the new space to the original adjoining rooms (to create a dining room and snug with a two-way fire) and to the newly landscaped terracing, also designed by us.

Existing features like the archway to the rear of the original coach house were retained and we have integrated recessed LED lighting to highlight. The new space has a polished concrete floor with underfloor heating and the wider works incorporated an overhaul of the general exterior along with a new utility area, bootroom, bedrooms and bathrooms.

In the rear garden there is a new aligned lower terrace, leading to an upper outdoor cooking area with natural stone and salvaged brick paving. 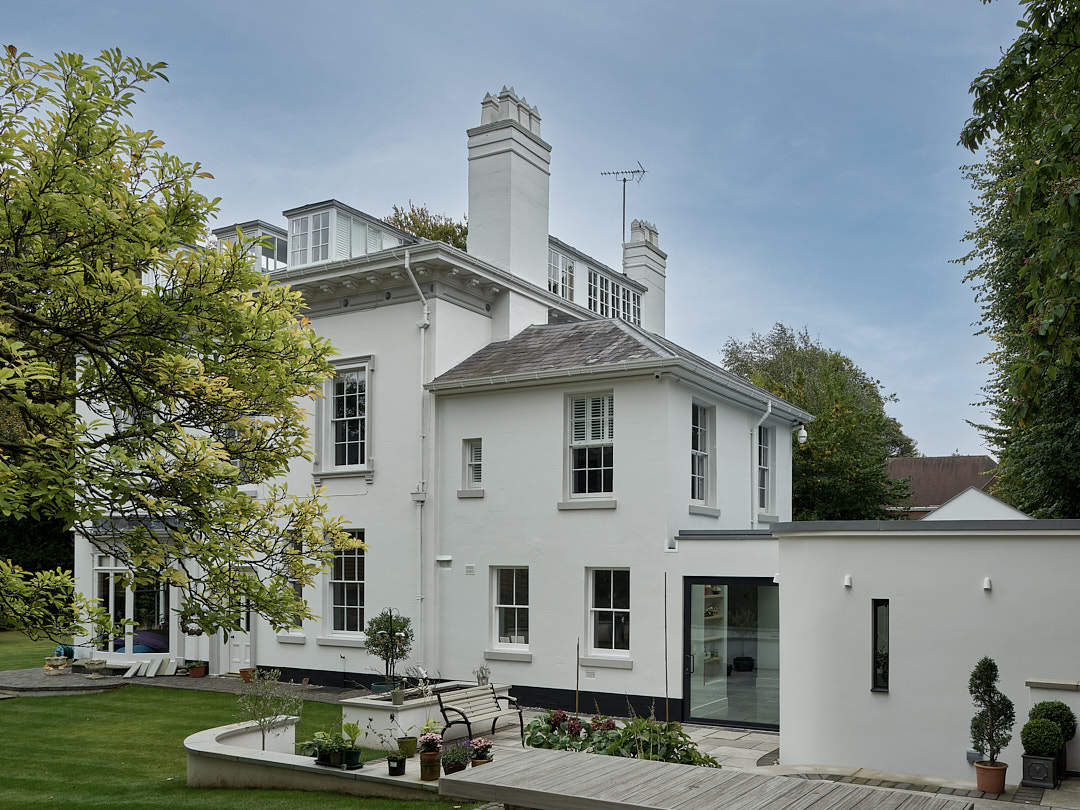 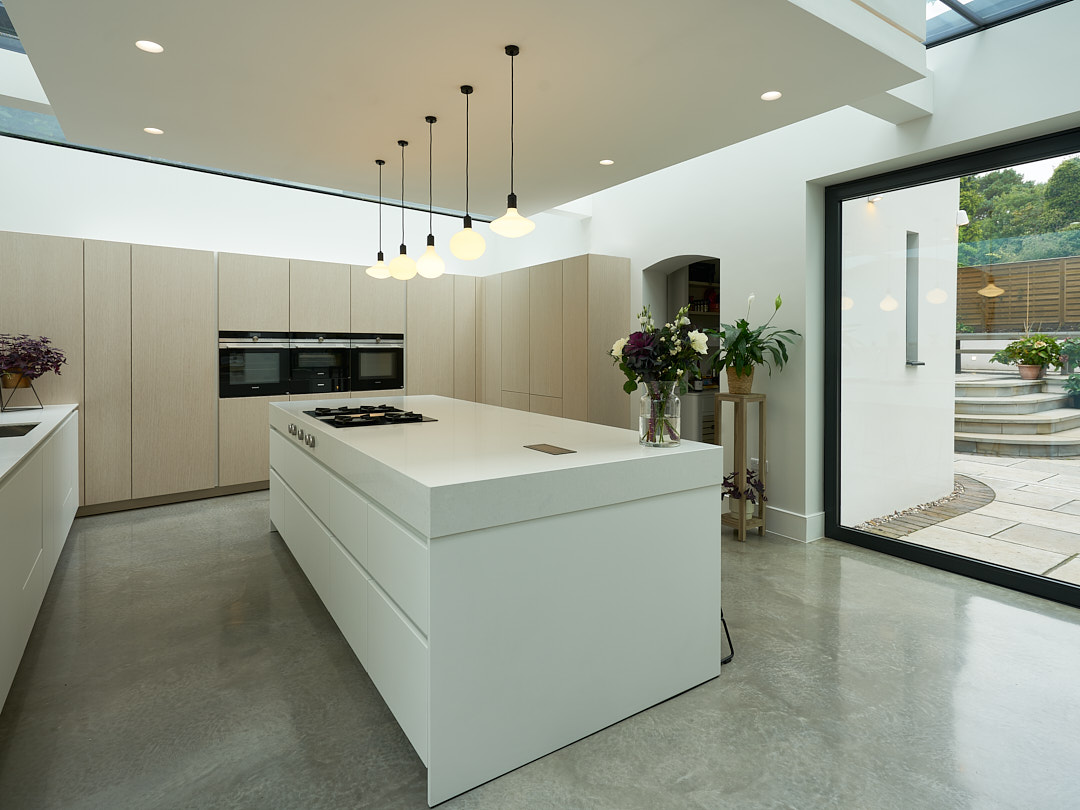 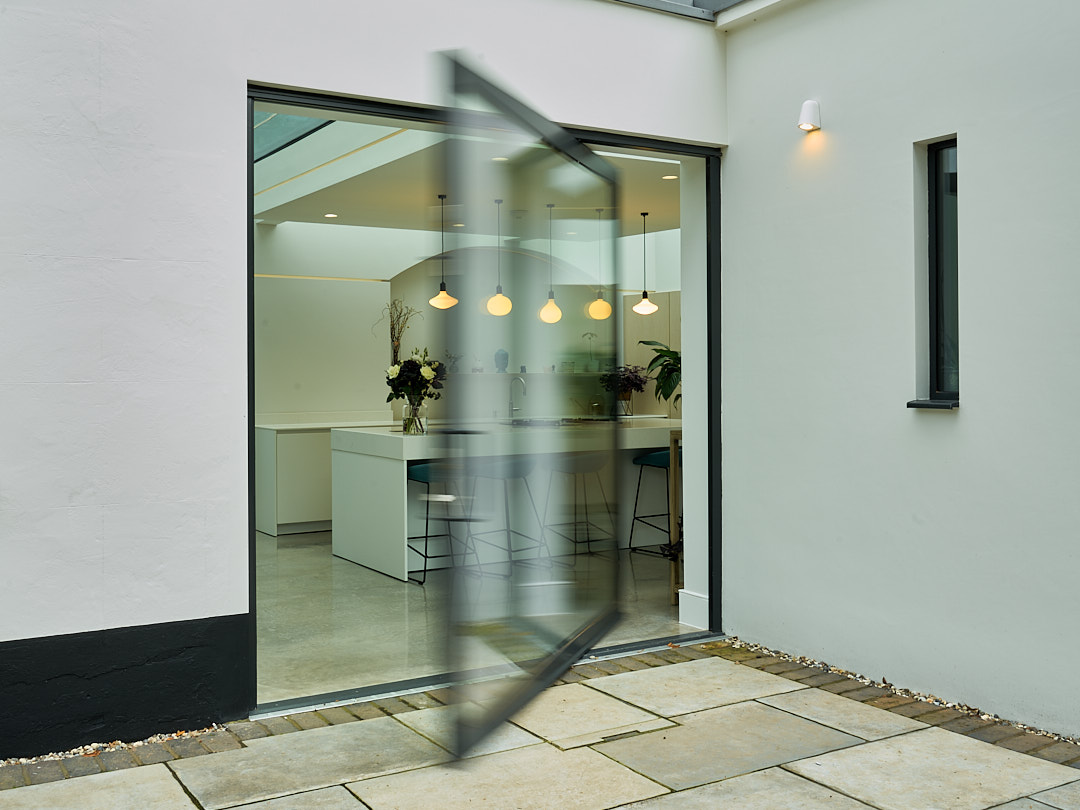 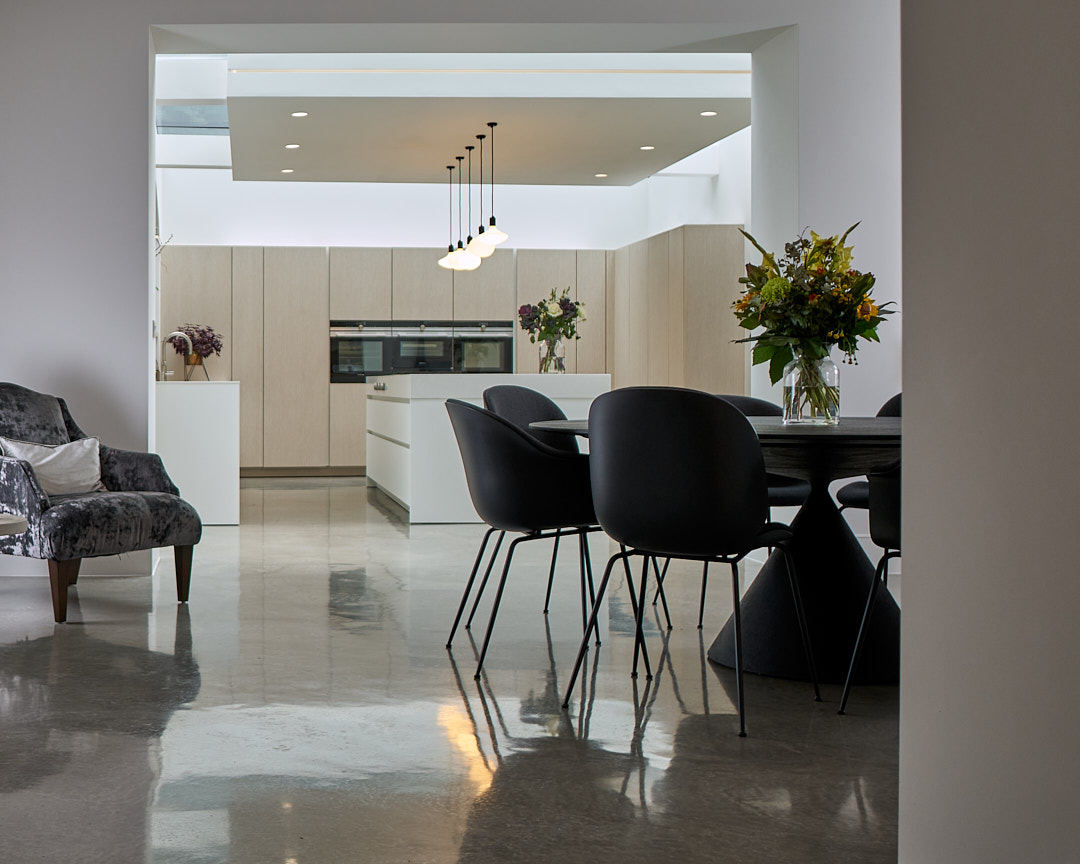 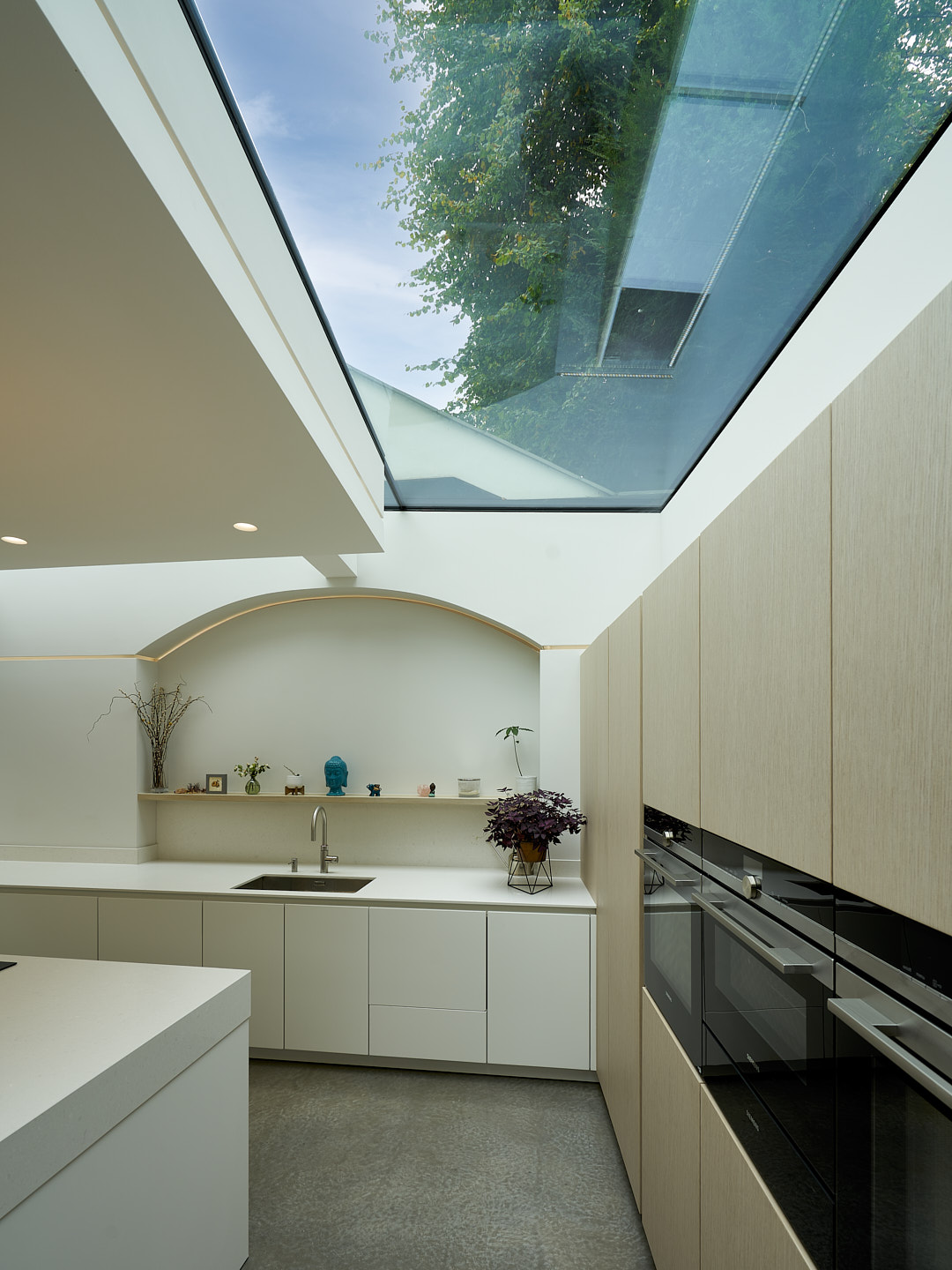 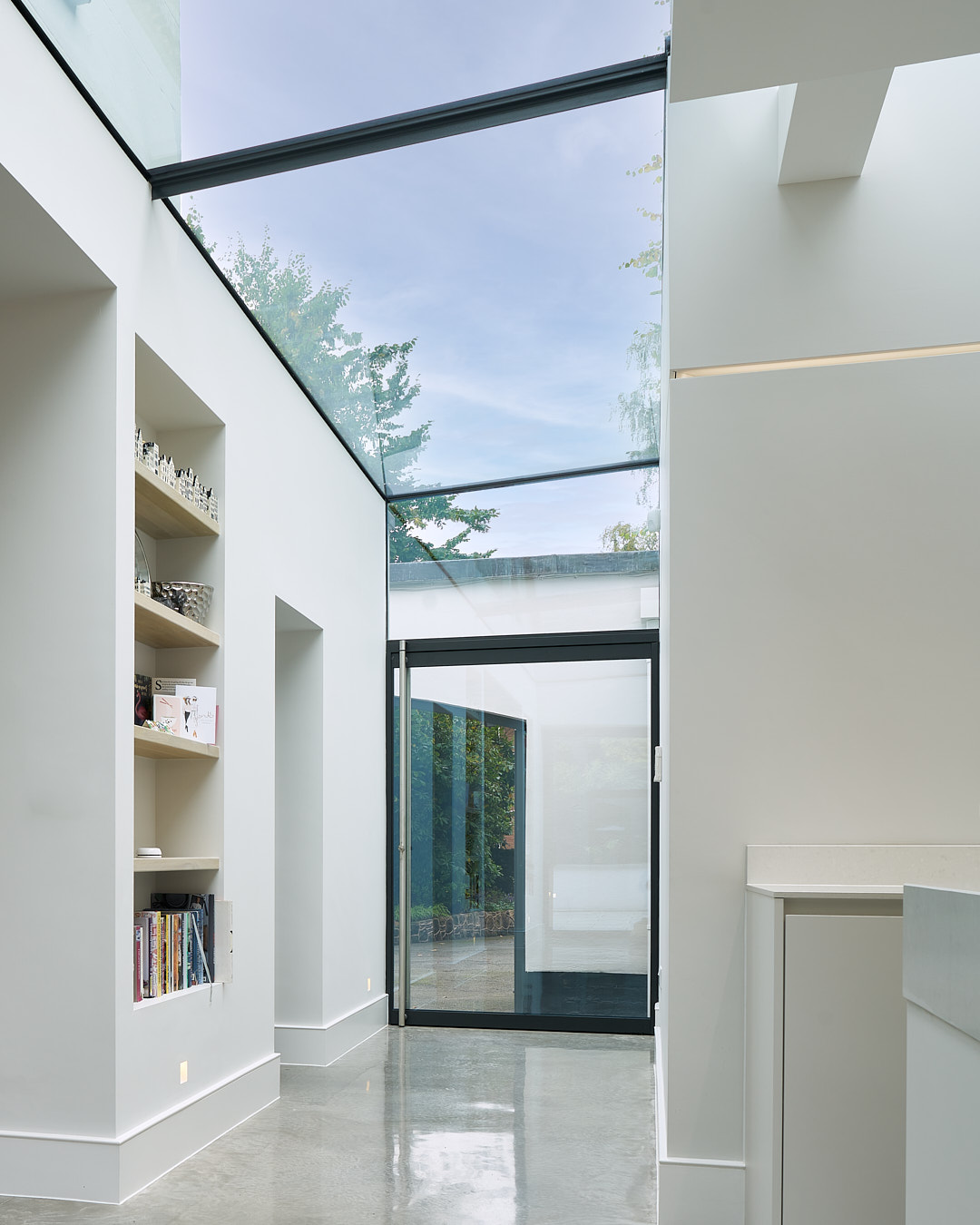 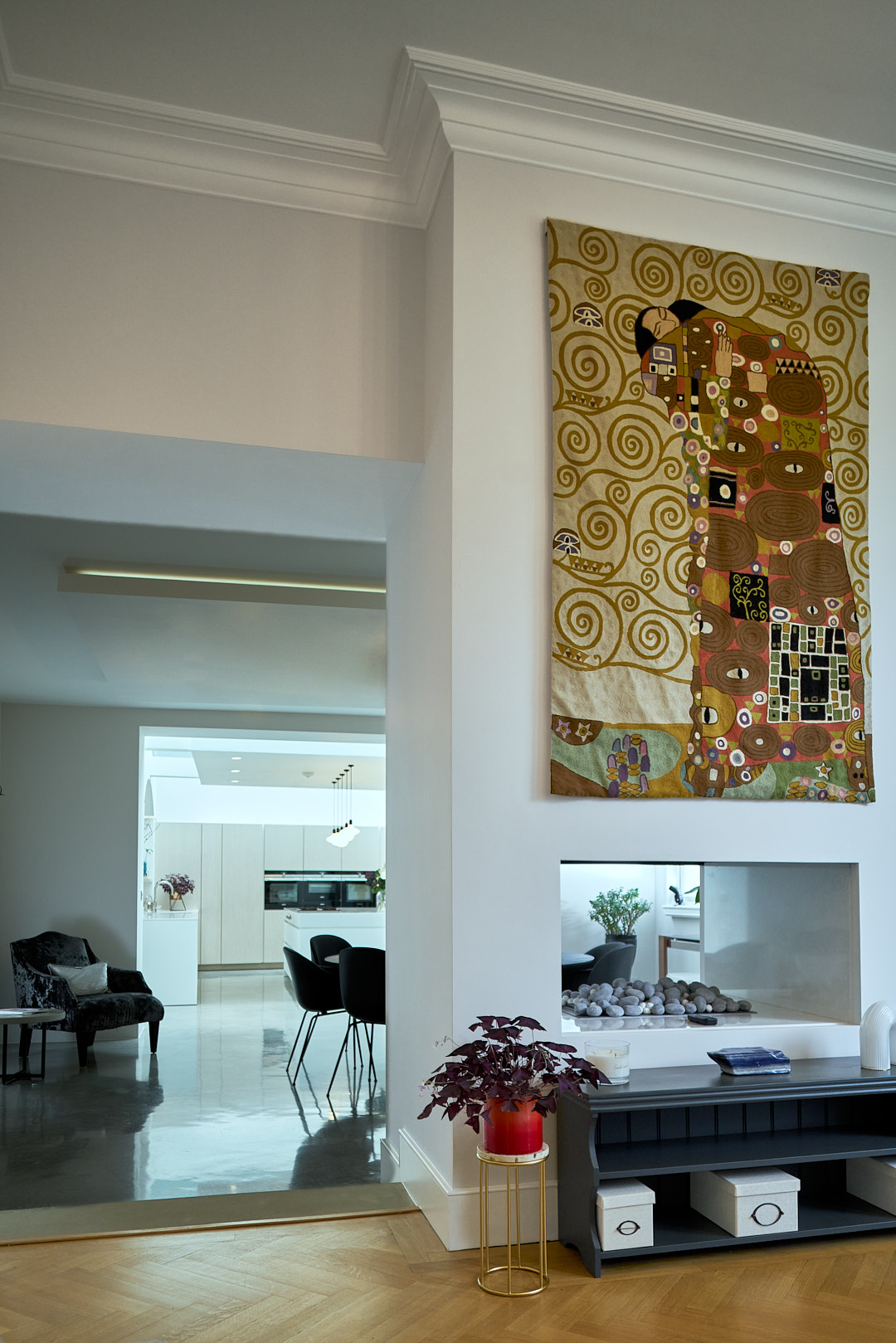 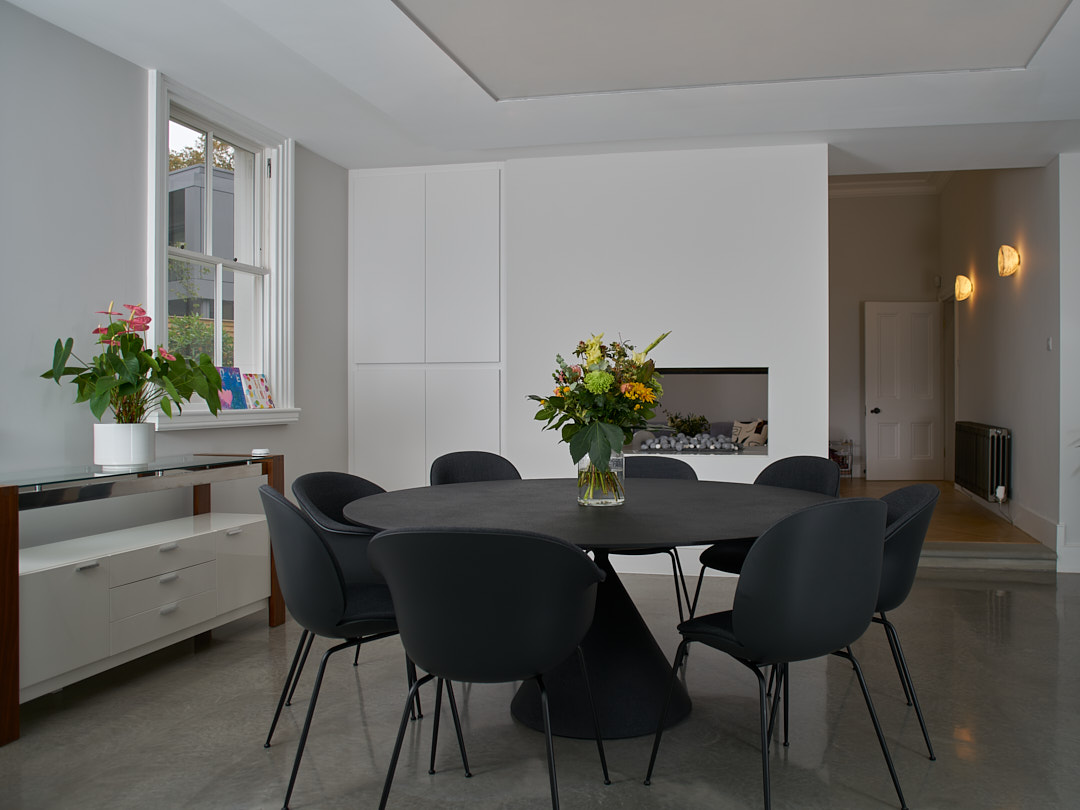 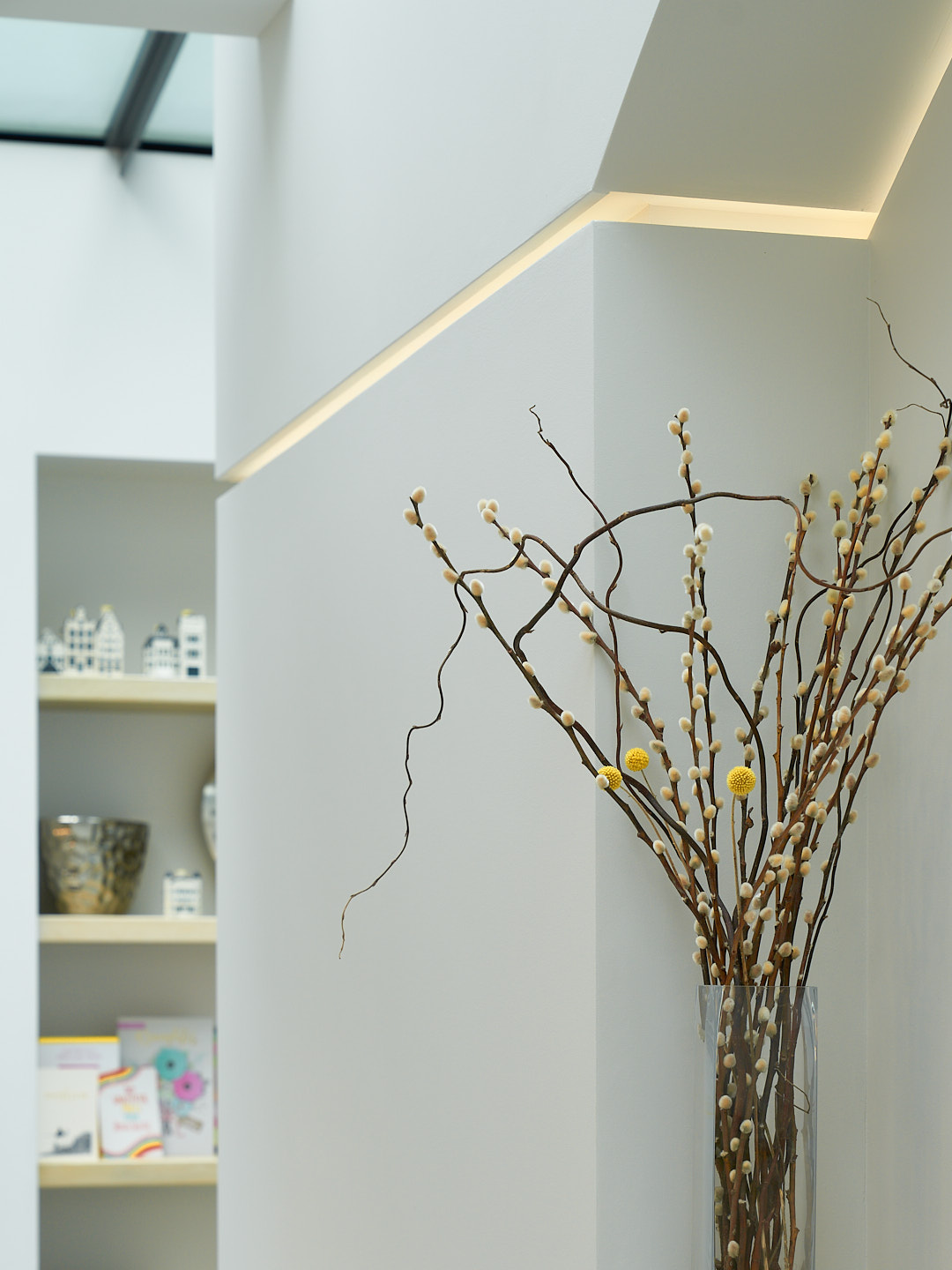 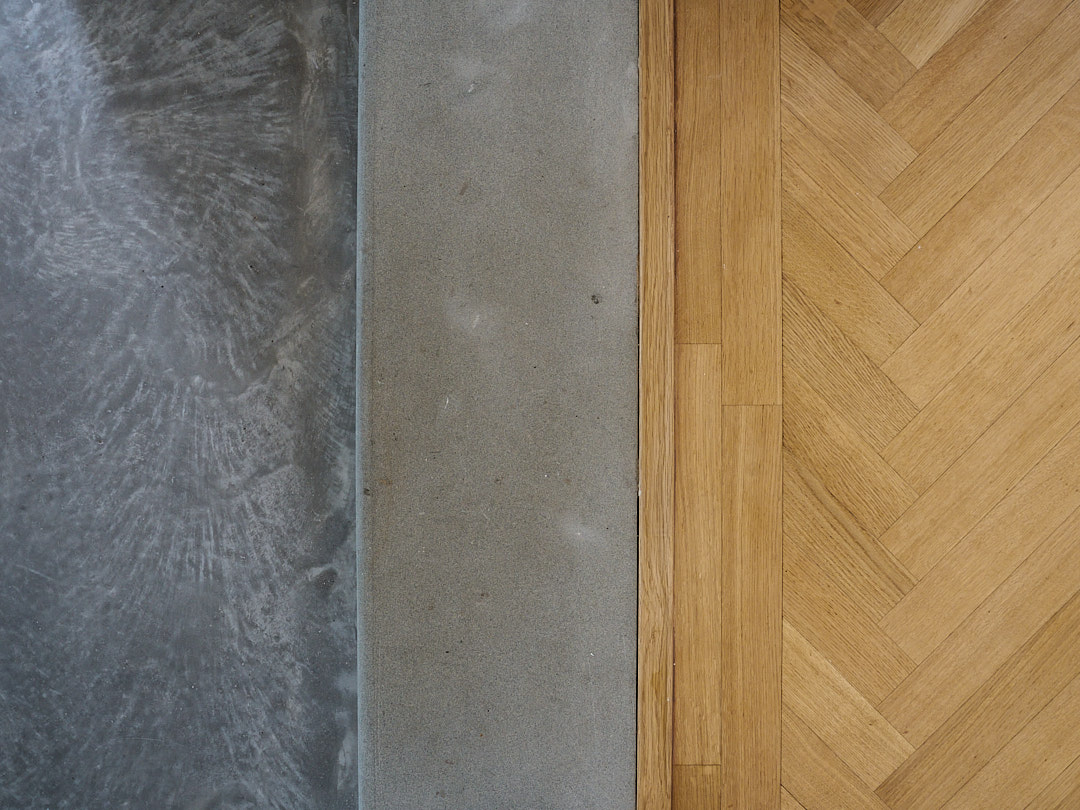 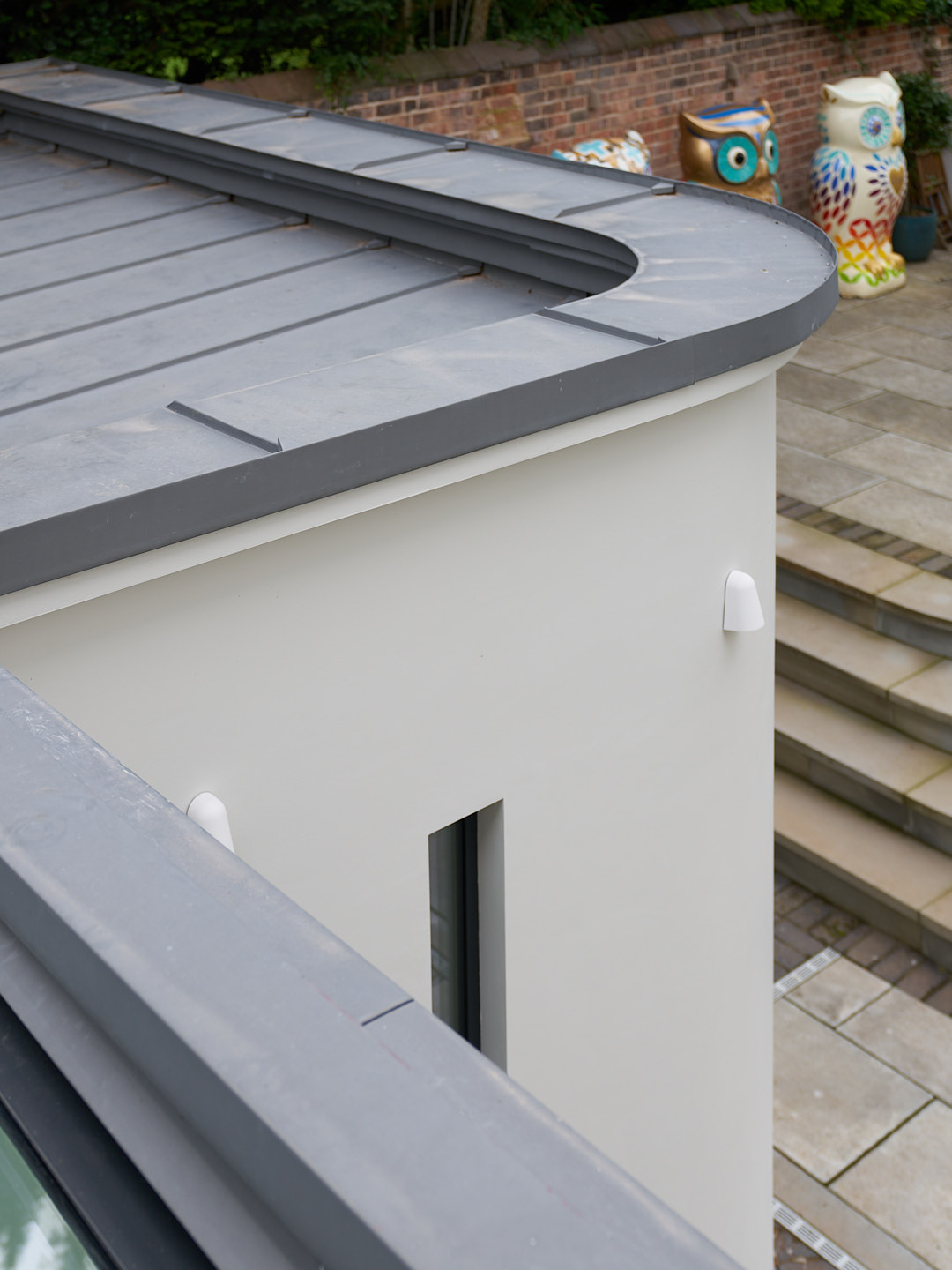 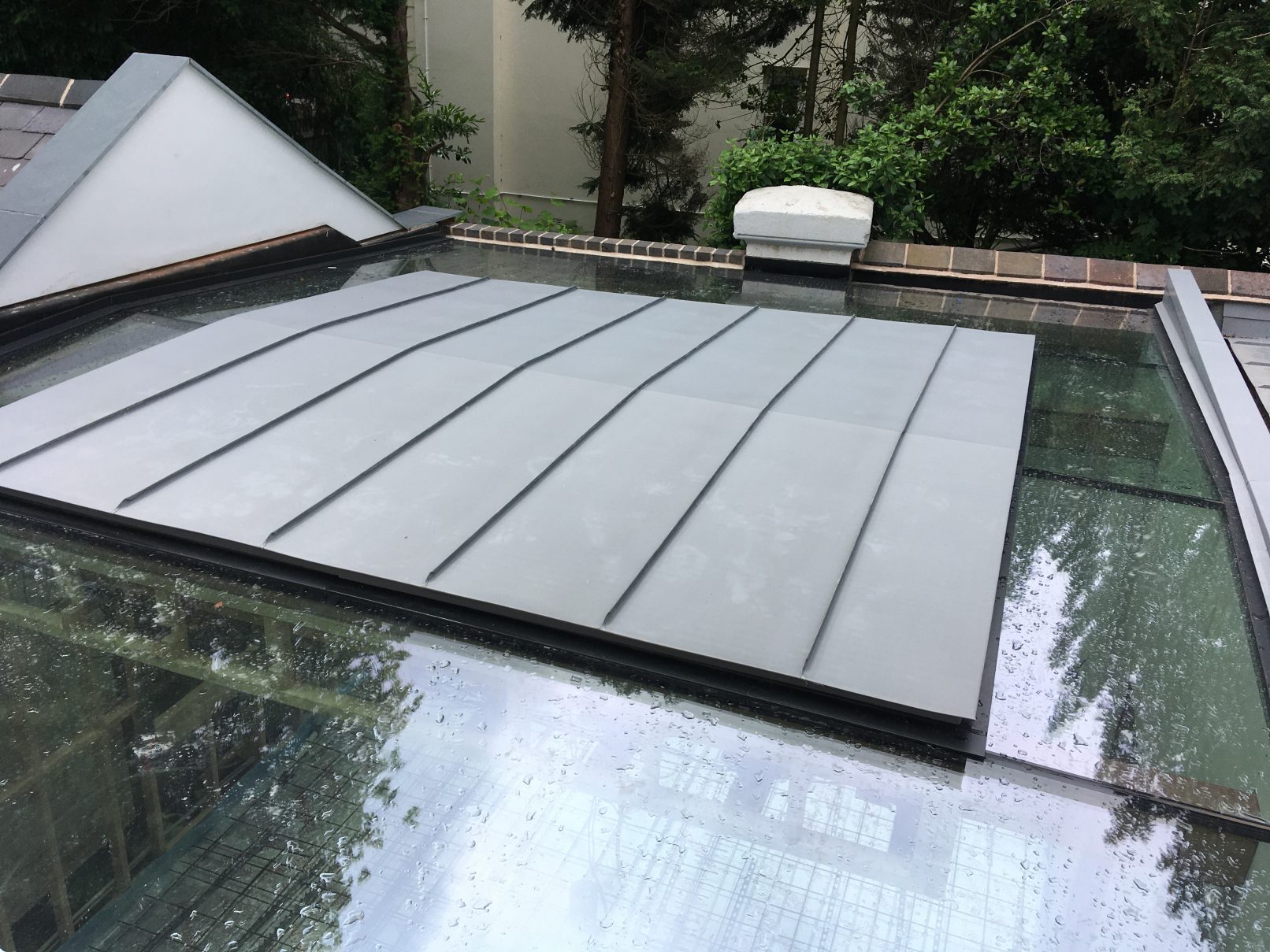 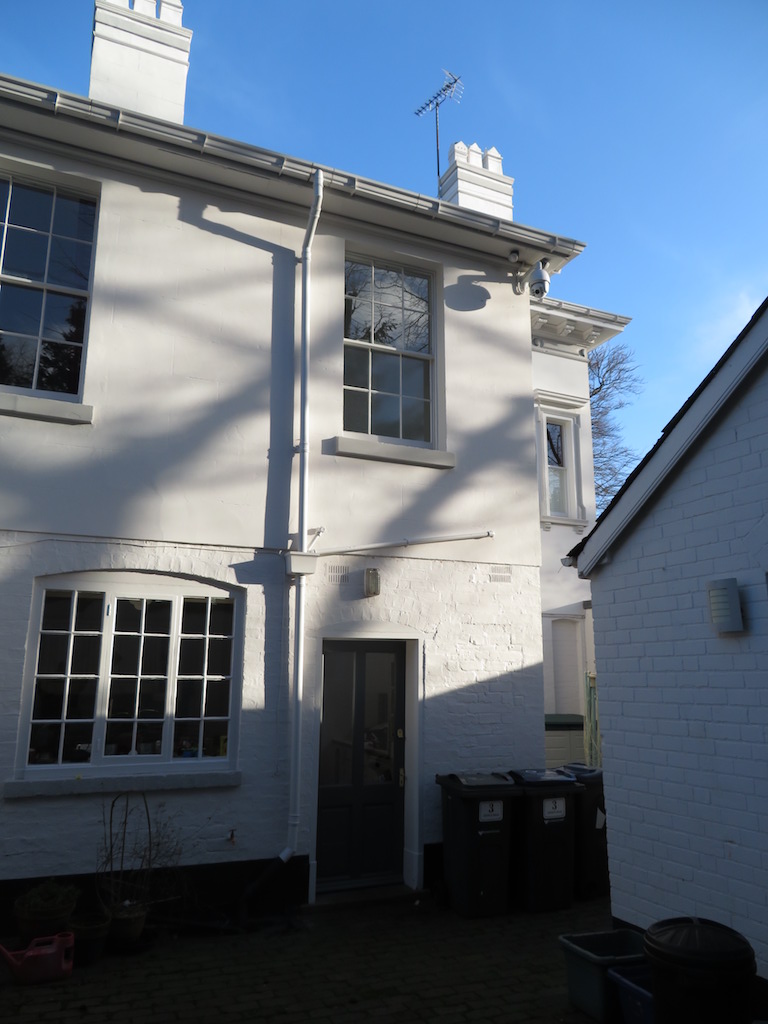 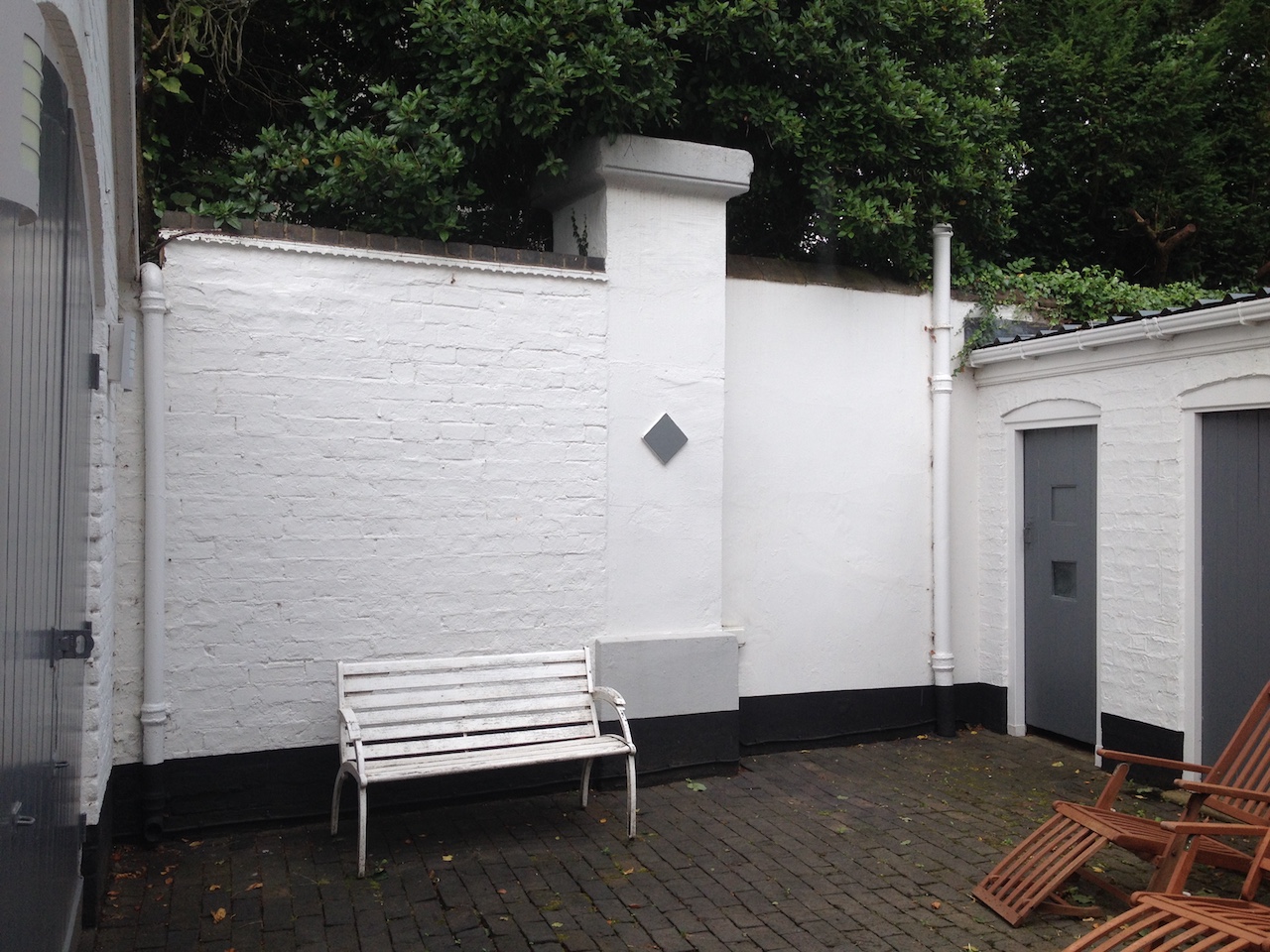 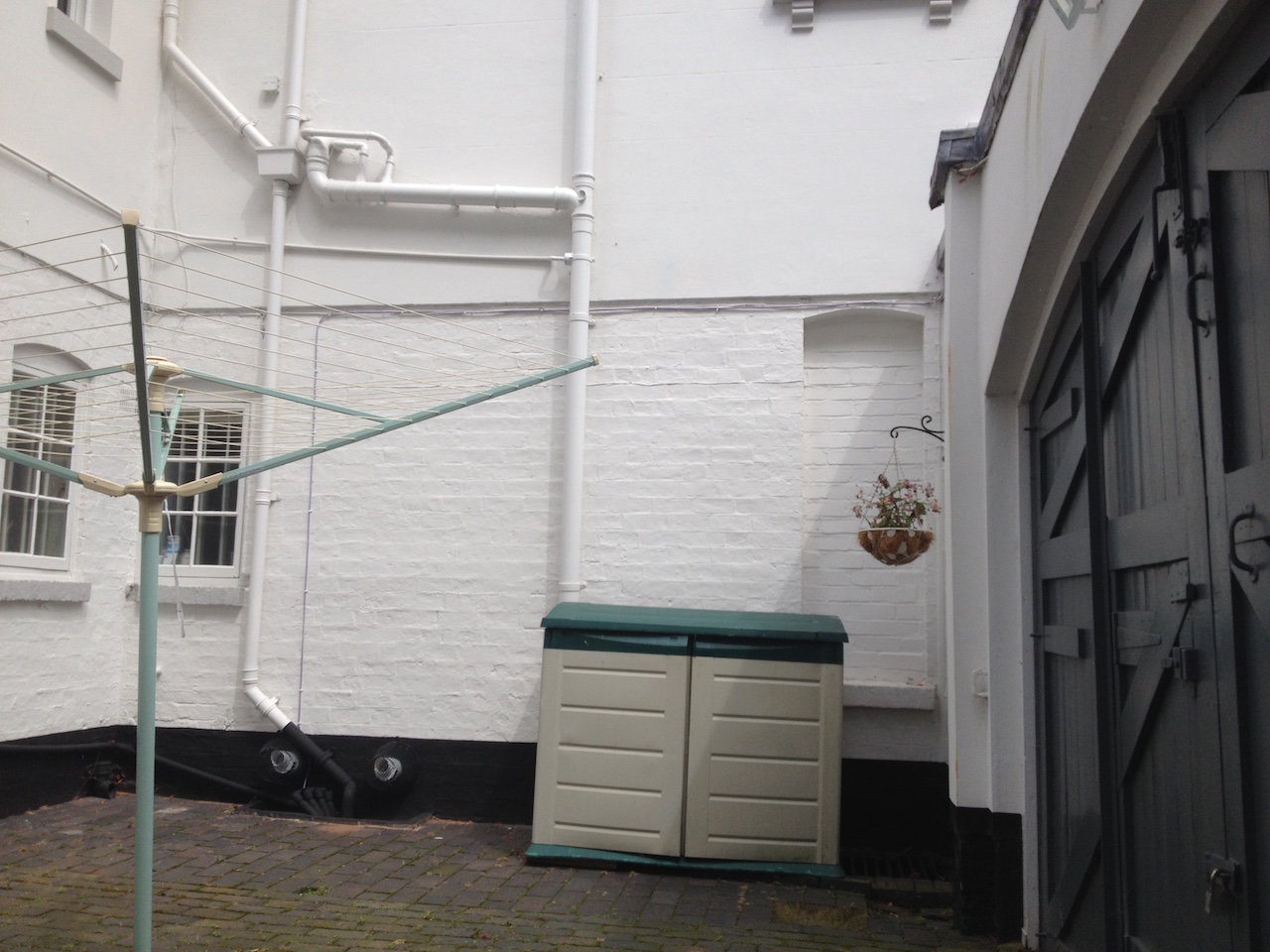 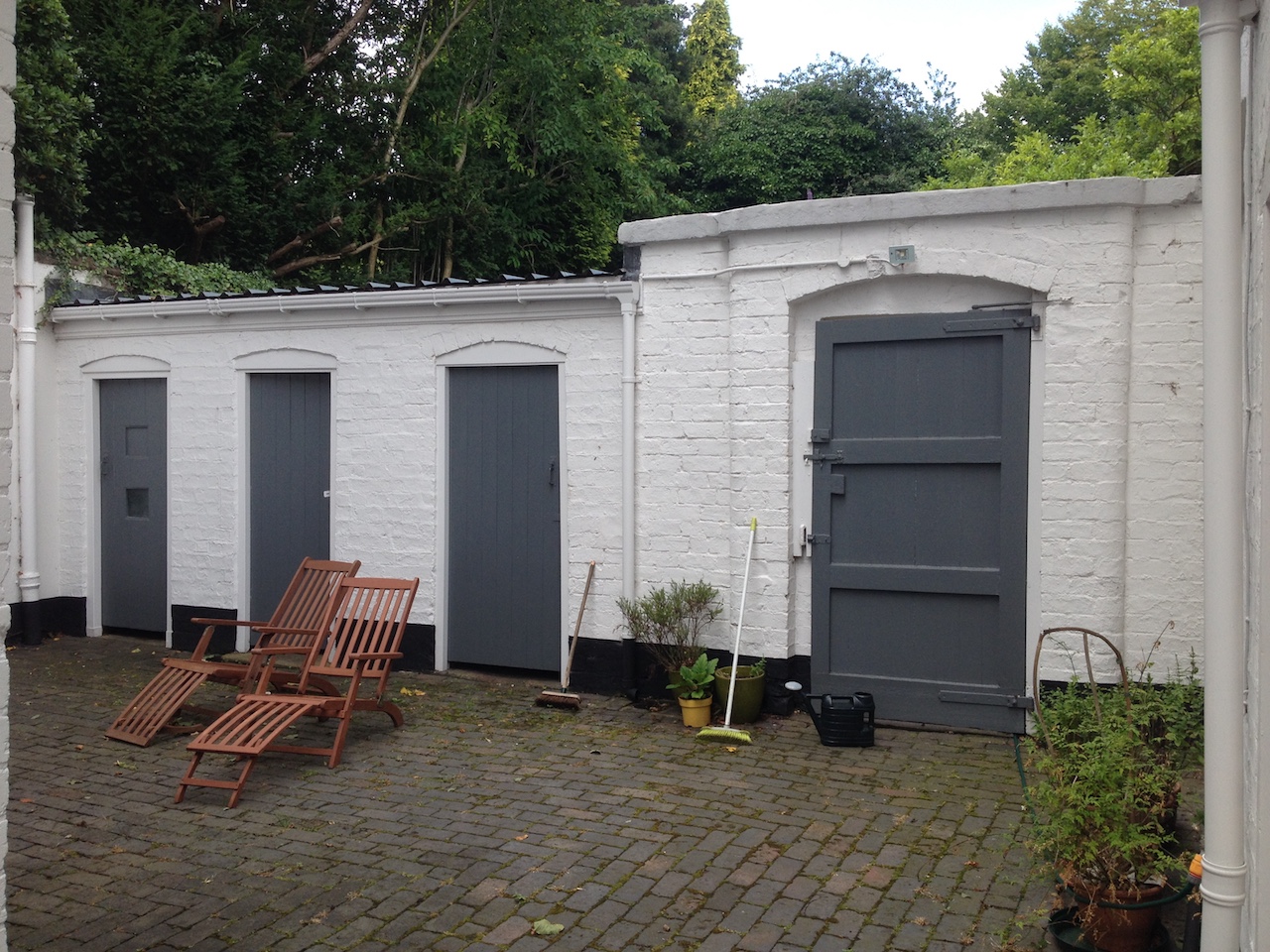